connected to the world

Santos is connected to the world through Sao Paolo International Airport (GRU) (70 km). 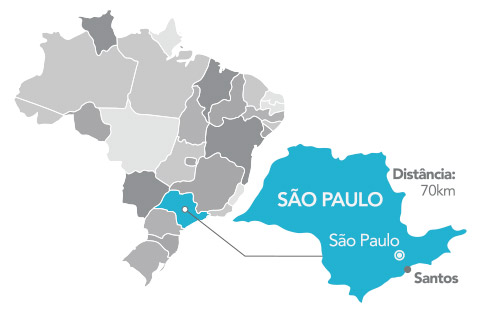 Santos will host the Annual Meeting of Creative Cities of the United Nations Educational, Scientific and Cultural Organization (Unesco) in June 2020. For the first time, the event will be held in Latin America, a region that has the Santos city the only representative of the film industry in the Network of Creative Cities of Unesco. The decision was made by a vote in August in Krakow, Poland, when Santos competed with seven other cities and won the final disputed with Puebla (Mexico) and Belém (Brazil). The theme of the proposal is "Creativity, the Road to Equality". The meeting is an opportunity to expose to the world, all the social work developed in the creative sector of the City, besides receiving tourists from all over the world, which will help in the economic development of the city.

• Meets all requirements;
• Committed to the UCCN Mission Statement, to the Agenda 2030 and New Urban Agenda, a city where culture and creativity are factors of sustainable development with cultural inclusion;
• One of the 10 most safe cities in Brazil according to the 2017 Connected Smart Cities Ranking;
• Home of soccer players Pelé, Neymar and Santos Soccer Club;
• It breathes culture, innovation
and art in fields such as film, music, literature, theatre, dance and other, always on the forefront of political, urban and cultural movements in Brazil;

• One of the 10 oldest cities in Brazil, telling Brazilian history through cultural heritage, with a strong heritage protection program linked to the economic development strategy;
• “Home of Charity and Liberty” as city’s motto, where the first Mercy Hospital of Brazil was built;
• The largest beach garden in the world is in Santos, according to Guinness World Records;
• 70 km from Sao Paolo, where is the 2nd * ranked airport in Latin America (GRU);
• Brazilian capital of cruise ships, hosting around 1 million passengers each season;

• Home of the largest Port in Latin America;

• Traditional route for business tourism, hosting large national and international conferences, highlighting the 2013 World Surf Cities Annual Meeting, the 2014 FIFA World Cup, when was the only city to host 2 squads and the 2016 Summer Olympics when hosted 13 squads; 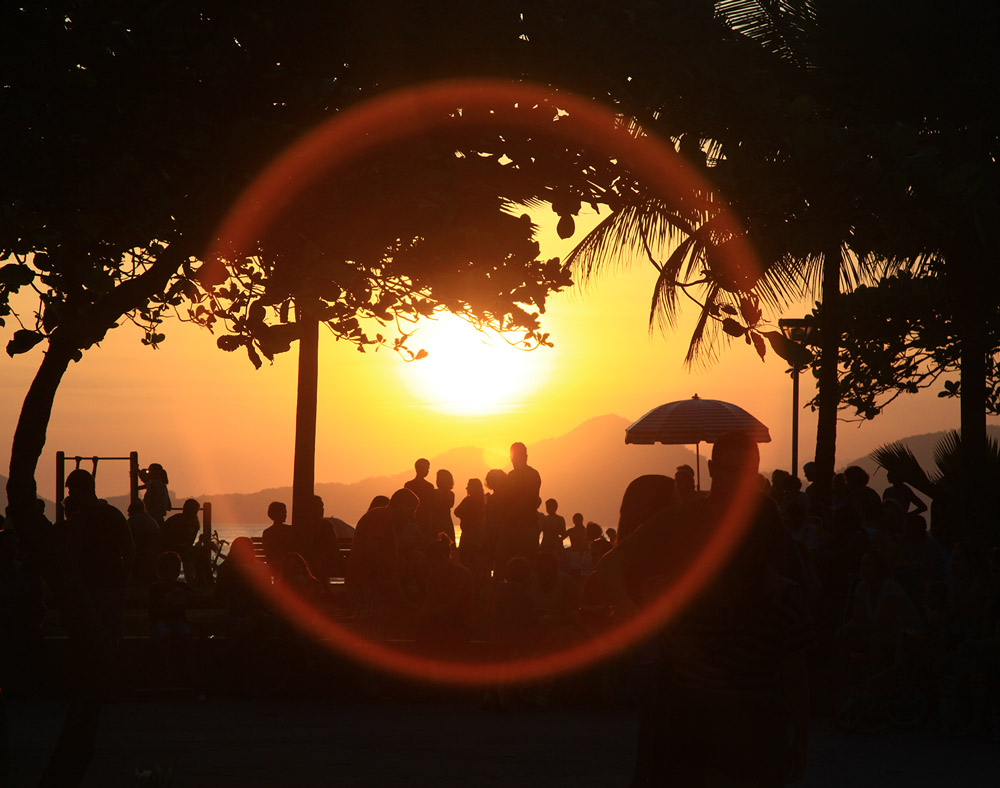 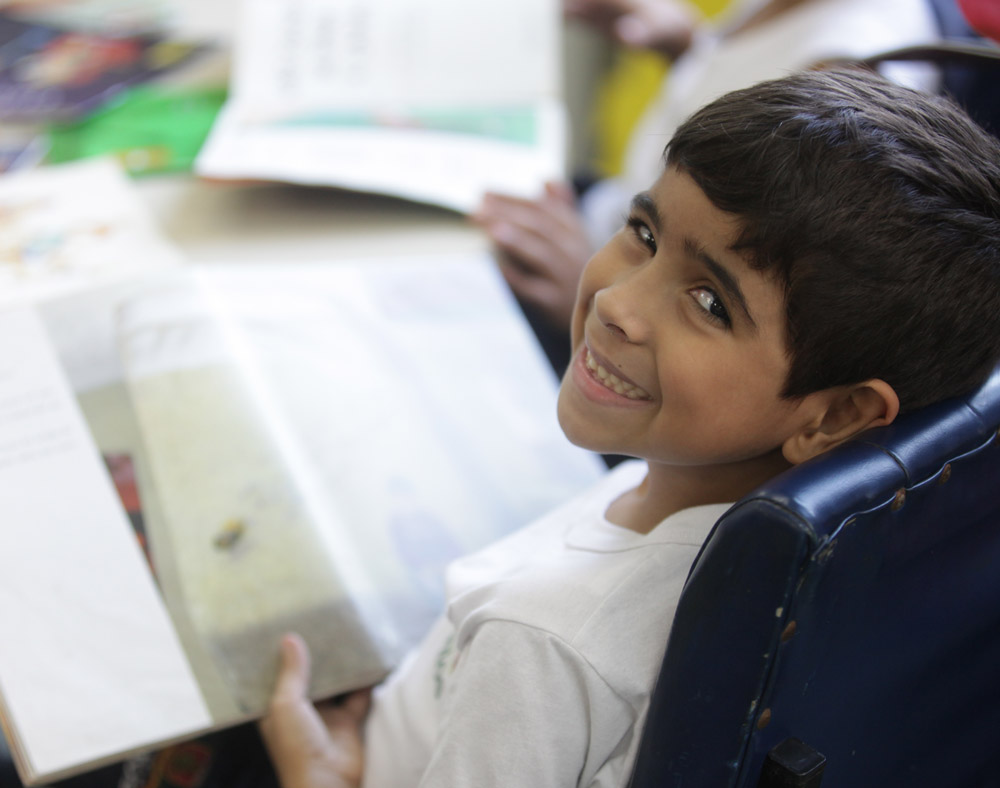 • 2nd most connected city in Sao Paolo State (Medialogue Digital Ranking), aligned to Brazil, the 4th
in world in number of internet users, according to UNCTAD;
• Educational Hub with 110 public schools with 50,000 students aged 3-18;
• 10 universities with 40,000 students;
• 9 public libraries with 271,406 books and works. 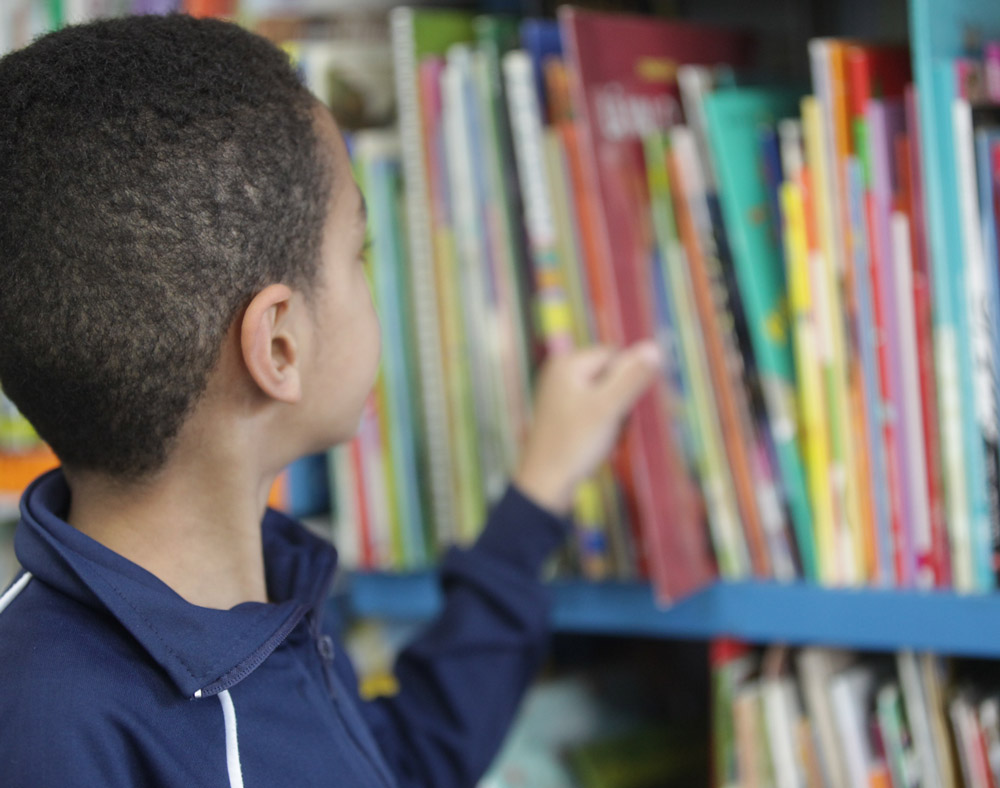 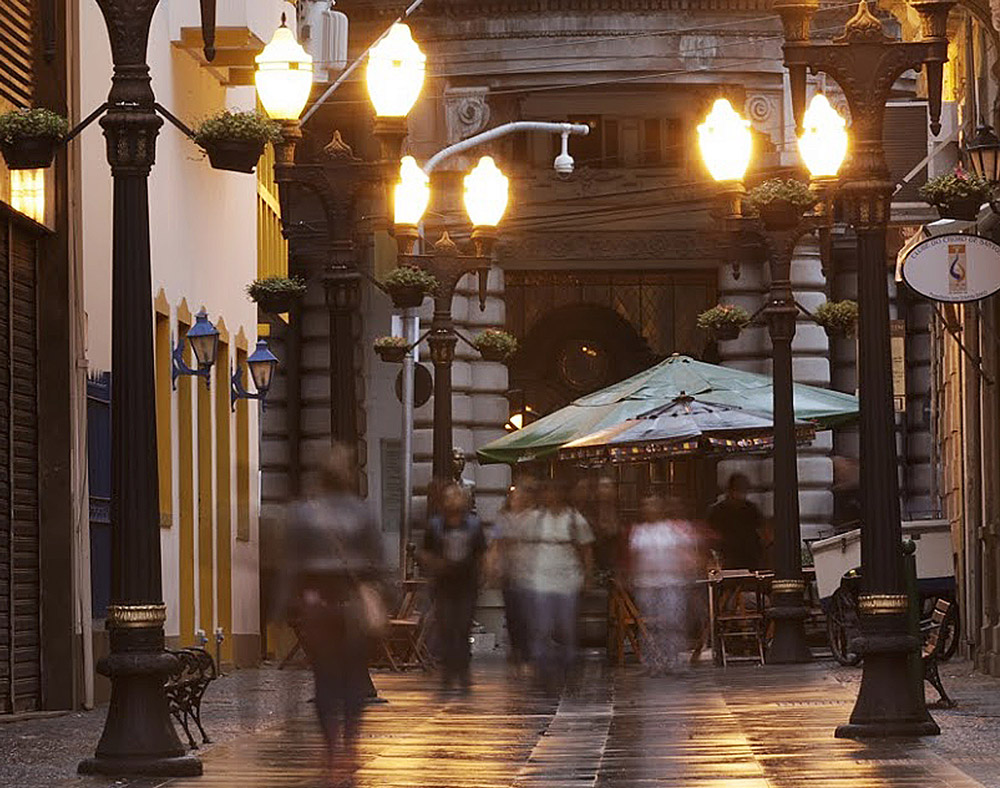 Santos is a melting pot. It resulted from a fusion of immigrants from all over the world such as Portuguese, Spanish, Japanese, Italian, Arab and African that arrived to Brazil through Santos port and integrated with indigenous people. This diversity is reflected in the cultural heritage, standing out: 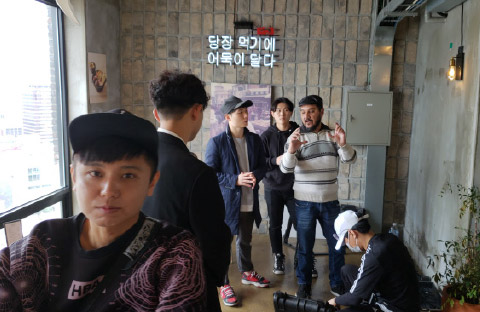 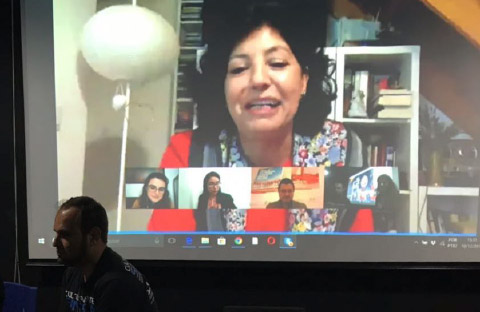 Santos Bandung Film Festival with film screening and virtual exchange and debates among filmmakers and audience between cities. 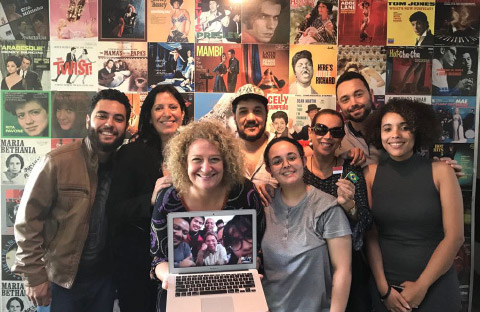 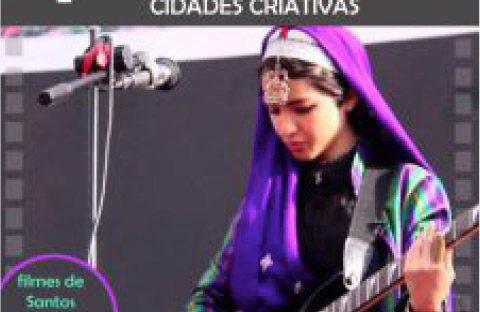 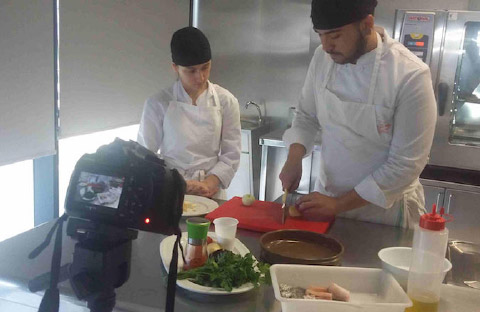 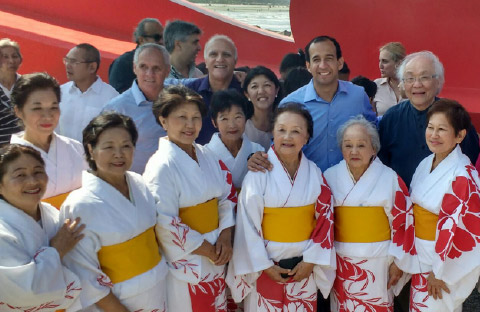 Santos is committed and has capacity to provide:

• Fully-equipped main conference room, 7 other conference rooms (at least) for sub-network meetings, meeting room for the Steering Group sessions, all of them
with screens, fixed and mobile microphones (stage and audience), event sound and lighting and other necessary materials;
• fully-equipped office area for the UCCN Secretariat and Santos staff, with computers, printer, office stationary and internet connection;
• 2 English and 1 French-speaking experienced professionals to assist the UCCN Secretariat;
• Press and media areas with dedicated room, for journalists with internet;
• Publication corner for the dissemination of relevent and approved publications;
• WiFi connection in all main venues;
• Simultaneous interpretation in English, French and Portuguese for all plenary sessions and Mayors’ sessions, with headsets for all

• Conference services, including registration desk with 6 English and 2 French-speaking receptionists, help desk, badges, signs, indications, stationary, notebooks, pens, conference bags;
• Dedicated team with 3
English and 2 French-speaking professionals will be established
in January 2019 to carry out all
the tasks related to the meeting preparation and implementation and two of them will be highlighted as contact person;
• UCCN Secretariat’s preparatory onsite mission between july 2019 and april 2020, accompanied by dedicated Santos’ team, covering all necessary expenses related to the mission;
• Lunches, coffee breaks, dinners and local transport for all participants during the meeting;
• Accommodation for UNESCO’s representatives during the meeting, as well as negotiated rates and pre-booking service in hotels for all participants;

• Website in English, French and Portuguese from june 2019;
• Preparation (together by UNESCO) and reproduction of relevant and technical meeting documents, also made available electronically;
• Facilitation of visa application and issuing for all participants, with support of National Foreign Affairs Minister (formal support letter in annex);
• Provision of security in all venues and surroundings over the event period in accordance with UN and UNESCO rules regulations, designating a focal point for this subject in January 2019;
• Submission to UNESCO of the general report on the full event (preparation, implementation, follow- up and analysis) until august 2020;
• Santos will work on necessary arrangements to provide resources via ad hoc financial contribution to UNESCO for the recruitment of one temporary international
staff for 9-12 months.

• First city in the Latin America and the Caribbean Region to host the Annual Meeting;
• Brazil will host the meeting for the first time;
• By the first time, a film city will host the meeting;
• The Mayor of Santos is the main patron of the event (support letter in annex);
• National, Subnational, Metro and local authorities support the application (support letters in annexes);
• Santos has been UCCN member as film city for almost 3 years, since December 2015;

• Santos is completely committed to the UCCN Mission, with international initiatives carried out
in partnership with creative cities
and several local actions involving partnerships with civil society, national and subnational governments, universities, civil society and NGOs, impacting in 2030 Agenda;
• Santos’ first monitoring report will be submitted in 2019 and is already under development;
• Santos is committed to sustainability, being awarded because of its Creative Ecofactory, selected among other 150 projects from all over the world;
• Santos is 70 km from the second Latin American Airport,
connected to the world;

• Both the event program and communication plan will be built together with UNESCO in compliance with all its guidelines;
• Since joining the Network, Santos has participated in all the annual meetings: 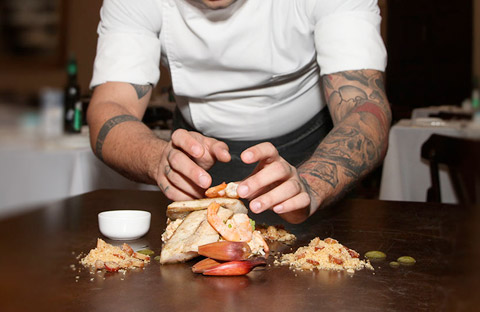 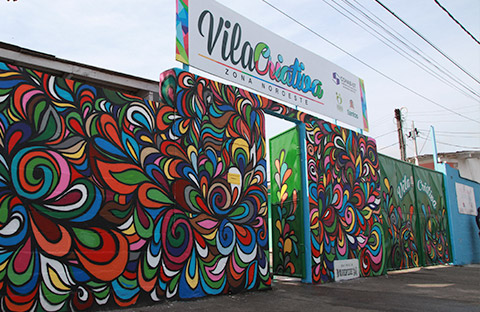 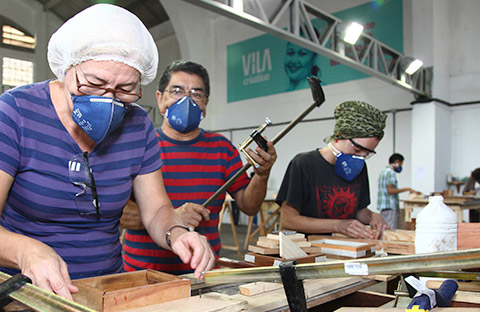 Aiming city center regeneration as well as vulnerable districts development through
creative economy, it involves the Urban Master Plan, the land-use planning law, the Cultural Heritage Council, which listed more than 1,300 buildings for protection, with tax breaks for
restoration. 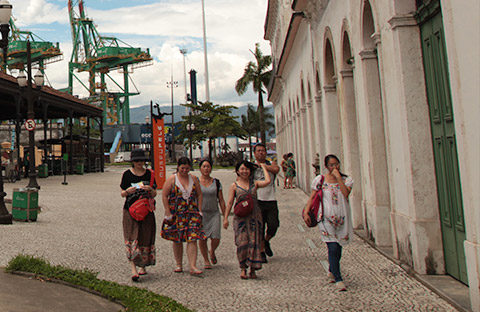 Santos is committed and has capacity to develop the plan from September 2018 to june 2020, in compliance with UNESCO rules and guidelines, including:

• Communication and promotion strategy for
involving stakeholders at the most diverse levels using printed, digital media, TV and key promotion material. Pre-event to be held in Fabriano, Italy in 2019, participation in specialized fairs, among others;

• Engaging of specialized agency in press services as the beginning of the Annual Meeting preparation to implement the communication action plan approved by UNESCO, which will work under the direct supervision of the Municipality of Santos in collaboration with UNESCO.

• One of the 10 best cities for business in Brazil (2017 McKinsey Ranking);
• GDP of US$ 7 billion;
• Santos Port responsible by 28% of Brazilian trade balance (US$ 103.3 billion in 2017);
• 1st city by Sao Paulo Audit Court in the effective municipal management index;
• 1st in the transparency ranking by Brazilian Federal Prosecution Service.

31% of oil produced in Brazil is extracted in Santos Basin. It’s the largest oil pre-salt exploration field in Brazil;
• Technology Park, in partnership with 9 universities and tax exemptions to develop innovative technology.

• Area of 280 km2, with 56% of preserved Rain Forest;
• Sustainability as main guideline to Urban Mobility Plan, highlighting the 11.5 km of Light Rail connecting Santos to the metro area, electric bus, 100% public transportation with free on-board wiFi, and 48 km of bike paths with bike sharing program;
• Waste Management including disposal, collection and recycling of about 15,000 tons of garbage each month;

The annual meeting venues will be decided together by UNESCO, among choices below, all of easily served
by transportation and close to accomodation:

The annual meeting would take place in heritage buildings and sites, highlighting:

• Complex of 25,000 m² especially designed for conferences and fairs, with modulable rooms and spaces, with capacity for up to 7 conference rooms of 4,600 people, besides 10,000 m² pavillion.